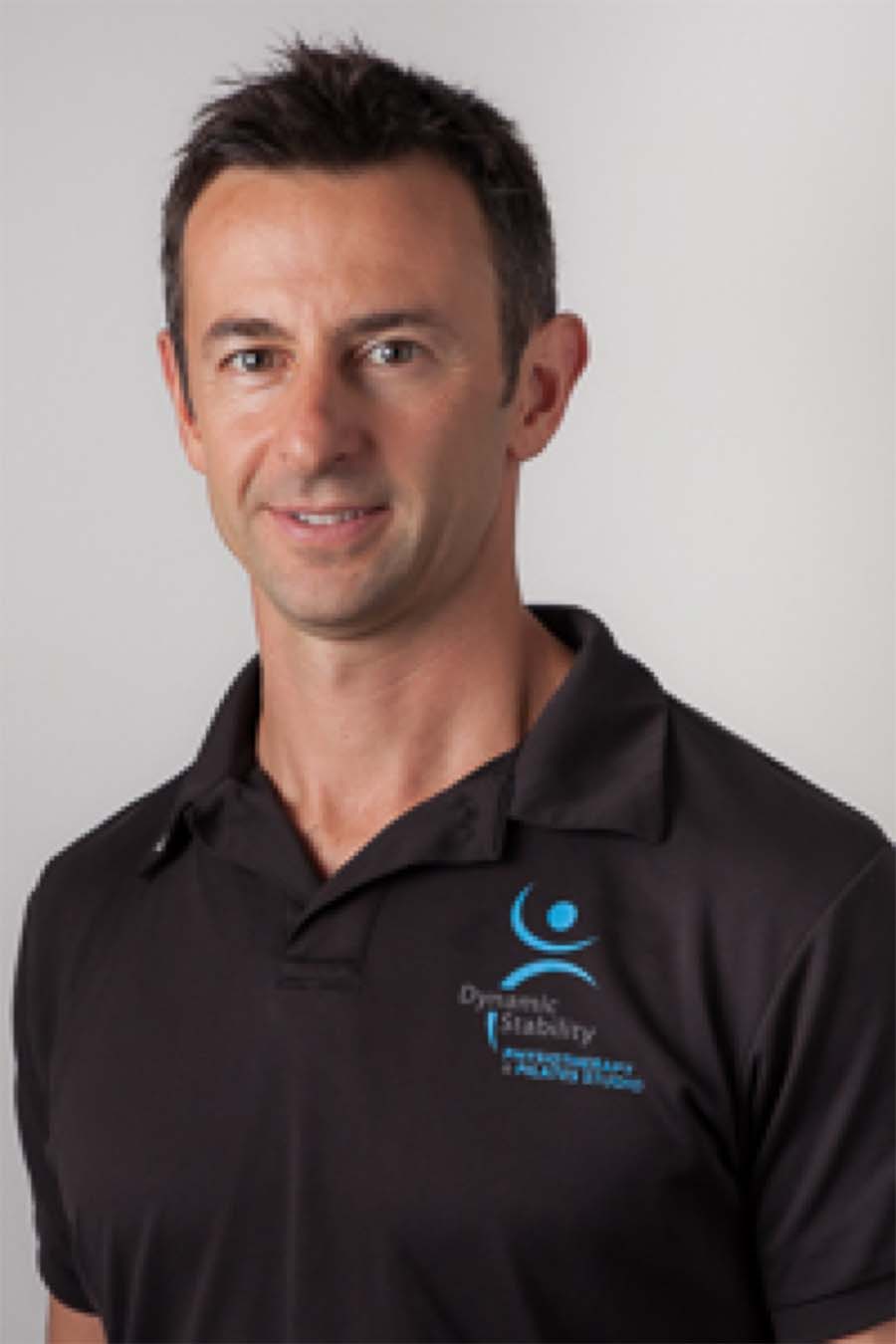 Darren completed his physiotherapy degree at the University of Sydney in 1992. After working in Tasmania for 3 years, his love for track and field took him to Kenya for a 6 month stay and during this time he had the opportunity to physio for the Kenyan athletic team as touring physio during 1996 and 1997.
After training in Clinical Pilates in 1997, Darren worked at Dance Medicine Australia from 1997-2001. Here he worked and trained with Craig Phillips.

In 2001 Darren opened up his own practice in Richmond, to be known as DYNAMIC STABILITY PHYSIOTHERAPY AND PILATES STUDIO. Then in 2012 opening a second clinic in Ripponlea with Loc Ngo. He completed Polestar’s Rehabilitation Certification in 2003 and trained to be an educator with polestar in 2004. He has worked specifically with pilates now for more than 20 years, being a polestar educator for 14years.

From 1994- 2004 Darren continued to train and race over 800m at state and national level but finally made the decision to retire from competition in February 2004 to concentrate on his professional career as a Physiotherapist. Since 2004 Darren has educated for Polestar Pilates in many countries such as Hong Kong, Singapore, Taipei, Kuala Lumpar, America, Germany, New Zealand and Australia. He has also designed and teaches his own Pilates course called ‘Maximising performance and minimising injury in runners’.

Currently Darren consults to the Carlton Football Club (since 2007) and the Western Bulldogs (since 2013) for their Rehab Pilates needs. As well as the Bushrangers (Vic Cricket team – since 2010) and the Victorian Based players in the Australian Cricket Team. As well as looking after The Richmond Junior Football Club, Collingwood City Soccer club and i4 triathlon club.

His special interests are running injuries, football/cricket injuries and spinal injuries. In 2012 Darren took up triathlons and competed in the Noosa triathlon in 2012, ’13, ’15, ’17,  he also competed in the gatorade triathlon 12/13 series. Finishing up 3rd in the series for his age group (12/13) and finishing 5th in the series for his age group (18/19 series). After a small rest Darren is now in training for the 2019/20 victorian triathlon series and the Noosa triathlon in Nov 2019.

In 2017 Darren commence studying Breathwork with World renowned Breath master Dan Brulè. After attending his first training course Darren was hooked on the work. During 2018 he assisted Shane and Angelina Saunders from “Breathe Me” to run monthly transformational breathing classes at Dynamic Stability. After completing has Master training with Dan Brule in Oct 2018 he then set up the “Dynamic Breathwork” program. Which commenced at the clinic in Feb 2019.